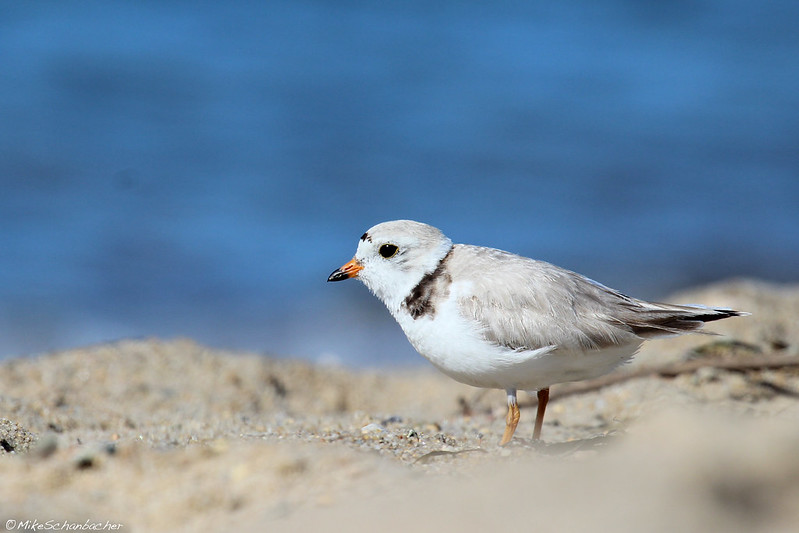 Here is a picture I took this morning of an adult Piping Plover on South Cape Beach in Mashpee, MA.  Piping Plovers are a small shorebird with a unique story.  An endagered bird.. (there are estimated to be less than 7,000 individuals) ..Piping Plovers were once hunted for their feathers, which were used to make fancy hats. A bird of sandy coastlines, Piping Plovers have seen conservation efforts rise in recent years in order to protect their breeding habitat.  These conservation efforts have also met resistance, as some residents of these beach towns are seeing large areas of their favorite beaches fenced off to protect the breeding grounds of these endangered birds.  If you live on Cape Cod like me, you may have seen one of these border fences erected in early Spring…the fences are seen above the high-tide line and deter pedestrians from disturbing any of the fragile nests that these endangered birds dig in the sand.  Piping plovers got their moniker from their pipe-like whistling that is often heard before the bird is seen…they are very well camouflaged on sand and are usually only spotted when they briefly scurry forward.  The plover population has steadily risen over the last few years…hopefully these conservation efforts continue to pay off. 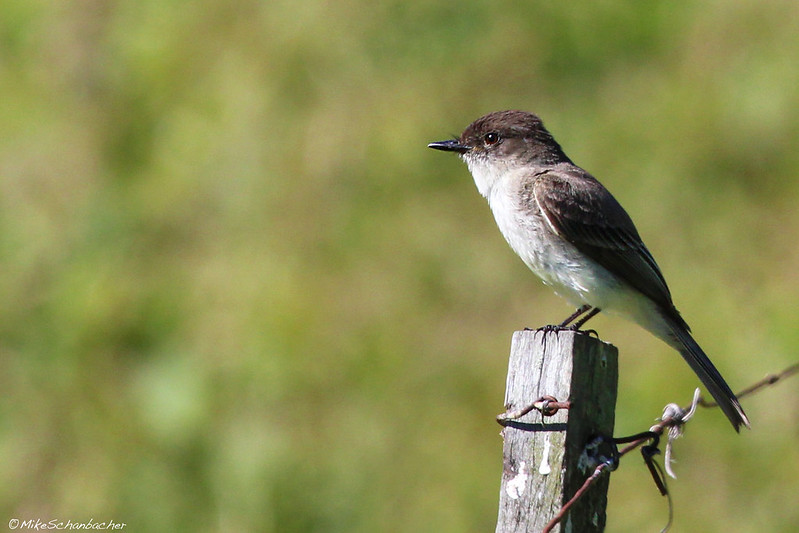 Its June and I’m going through warbler withdrawal, but at least there are still flycatchers here during summer.  One of the more common flycatchers in my area is the Eastern Phoebe…identified by its all black bill and its tendency to flick its tail constantly when it is perched.  This morning I saw about 5 Eastern Phoebe’s in one location, but this one gave me a nice show and posed for some photographs. 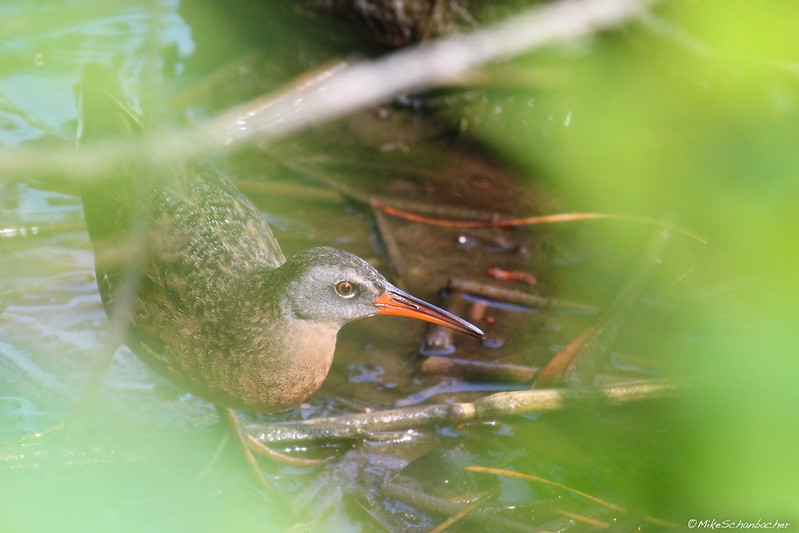 Virginia Rails are very secretive birds that rarely come out into the open.  I have heard them grunting many times in the past, but I had never seen one in the flesh until this morning.  I had a very lucky encounter with this rail while I was attempting to get some photos of Marsh Wrens nearby…it must have heard me “psh-ing” and was curious enough to come check me out for a moment.  It came very close, and despite being obstructed by the thick grasses, I was able to snag some great close-up photos.

Red-Winged Blackbird – Up Close and Personal 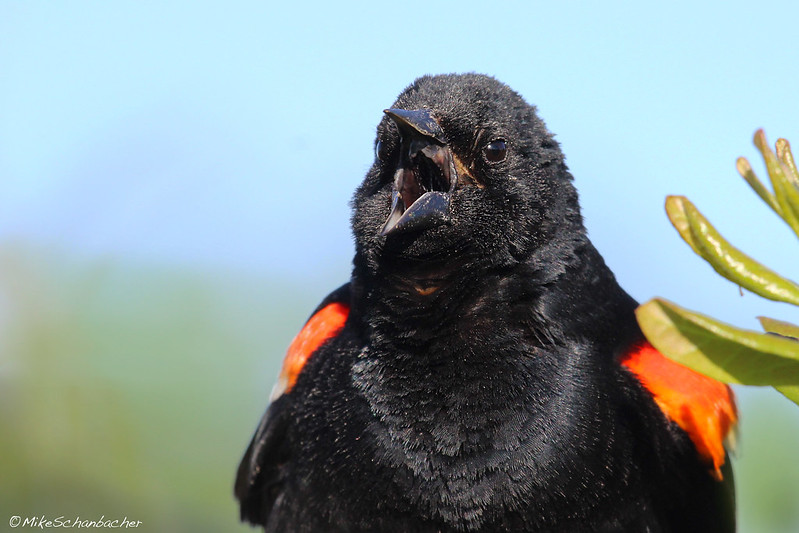 According to experts, the Red-winged Blackbird is actually one of North America’s most abundant birds.  In springtime, their noisy voices are one of the first to be heard…a loud, distinctive “CONK-LA-REEEEEE!”  Males have brightly-colored wing patches, but females are dull and dark brown, almost like an overgrown sparrow.  Yesterday morning, I had a close encounter with this male who gave me a nice photo-opportunity when he decided to call right at the camera. 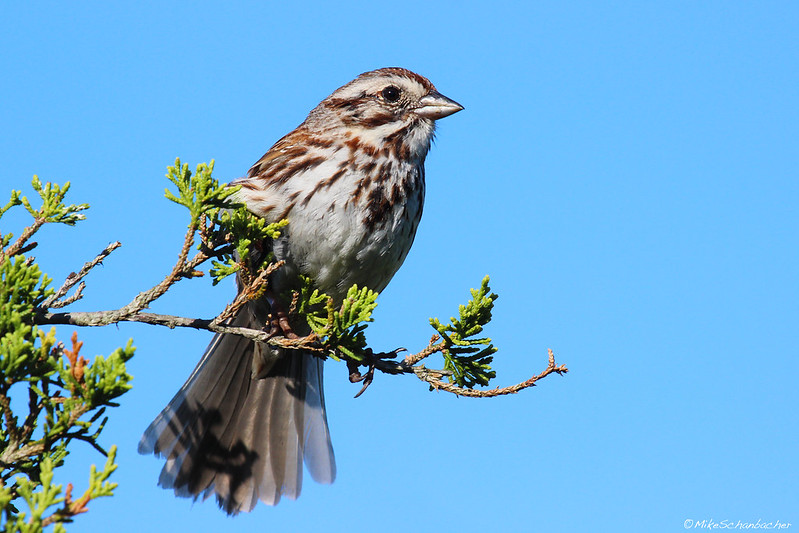 Now that migration has died down, so has the chirping and singing.  However, a few of the local birds are still reliable vocalizers.  Among them is the common Song Sparrow…one of nature’s most melodious members.  I take them for granted sometimes, and often pass up great photo opportunities with them to look elsewhere.  Today, this one perched in front of me and spread his tail-feathers confidently. 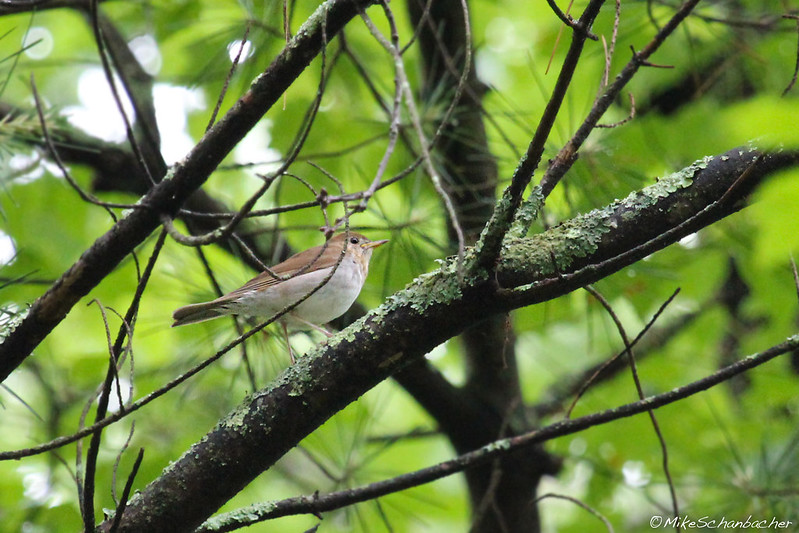 Today I got my first look at a Veery…They are actually a fairly common bird, but for some reason, they don’t really show up on Cape Cod where I live. I was in Rhode Island for the day, and on my morning walk I caught a glimpse of this Veery…distinguishable from other similar thrushes by the weakness of the spotting on their breasts. I didn’t come away with any amazing photos, but I’ll take what I can get when its a life bird! 🙂 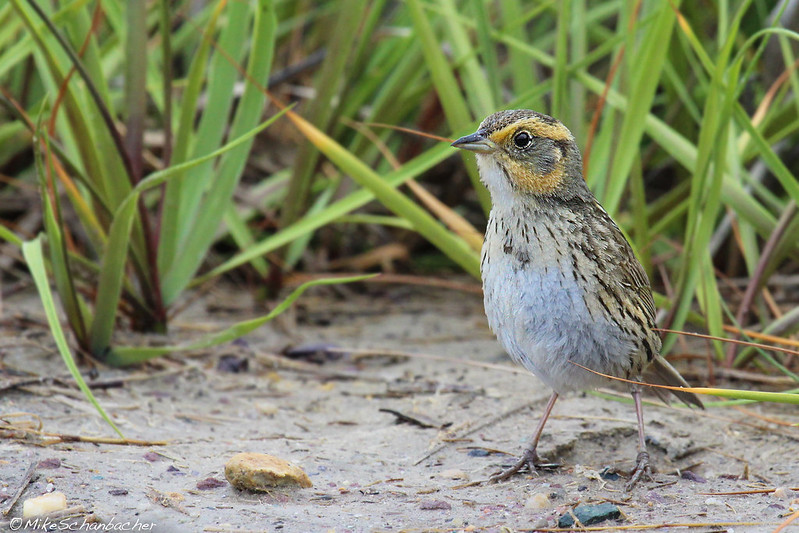 This morning I saw my first Saltmarsh Sparrows of the year. You can see these Sparrows here on Cape Cod during the summer months…they are limited to a very specific saltmarsh habitat, and can only be seen within a narrow strip of the east coast.  They are easily identified by the orange markings on their face.  There were a few of these guys bouncing around the marsh grasses today, but this one came up close and checked me out…he also posed nicely for a photo 🙂 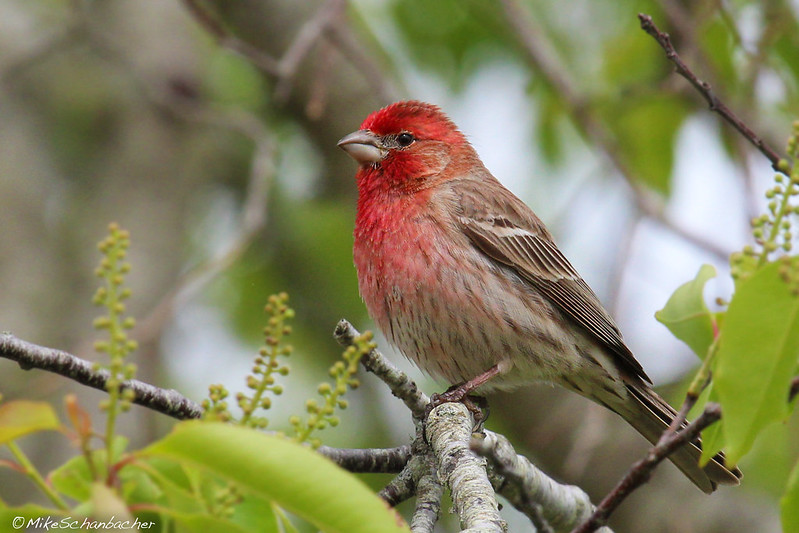 House Finches are a common backyard bird across America, so they tend to be under-appreciated.  In their full breeding plumage, the males look as if they were dipped head-first in rosy-red paint.  This guy was happy to pose in his breeding suit for me 🙂

Willow Flycatcher at the Beach 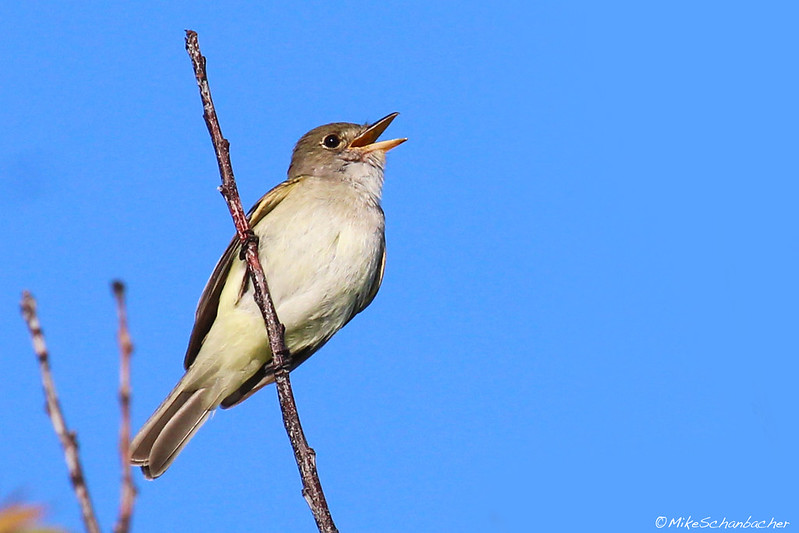 Flycatchers are a tough group to distinguish by eye alone…sometimes you need to hear their voice to get a solid identification. This morning I heard an emphatic “FITZ-BEER!” coming from the cattails near the beach and a Willow Flycatcher came out to give me some great looks and a nice photo op. 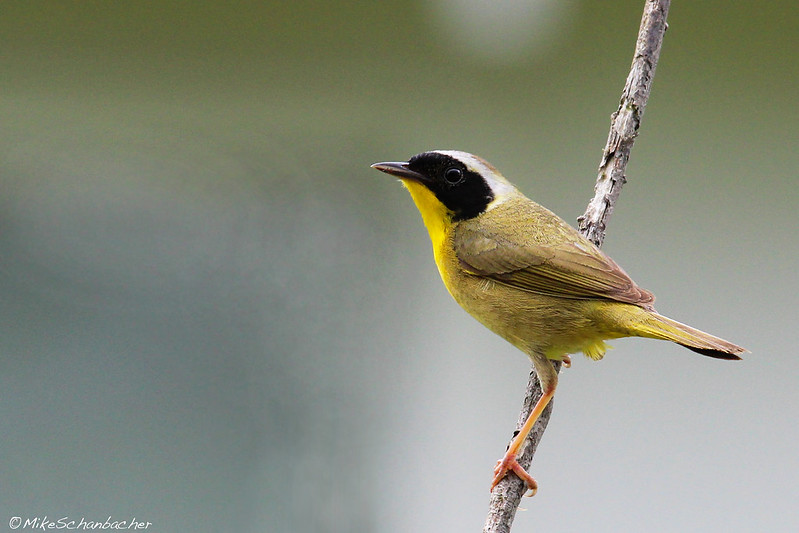 May has come and gone, and most of the migrant birds have already passed through on their way to their breeding grounds in the North.  A few warbler species, however, stick around for summer…among them are Common Yellowthroats.  The males have distinctive black masks that make them look almost like little yellow bandits, and their familiar “witchity-witchity-witchity” calls can still be heard into the summer months. They tend to stay hidden within the thickets, but this one came out to give me some nice looks and posed nicely for a photo 🙂